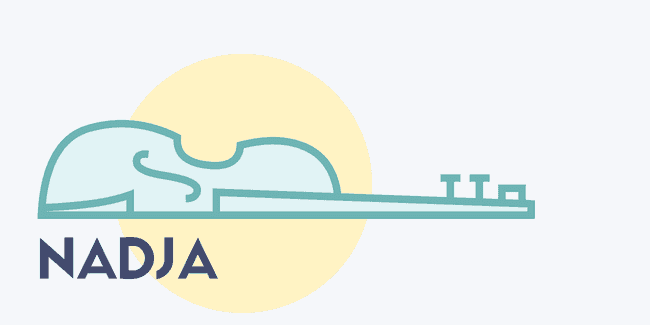 I love the book Mindset by Carol Dweck. It is a book about the transformative power of a growth mindset (and the limiting effect of a fixed mindset).

In the book the author tells a story of Nadja Salerno-Sonnenberg, who made her violin debute at 10 years old with the Philadelphia Orchestra.

Yet, when she arrived at Julliard to study with Dorothy Delay, the great violin teacher, she had a repertoire of awful habits. She even held her violin wrong.

However, she refused to change.

After several years she saw the other students catching up and even surpassing her. By her late teens she lost her confidence. She was used to the success and prodigy label so many had given her.

It was at this point she realized how much her fear was holding her back. Her fear of trying and of failing.

Nadja said, “If you go to an audition and don’t really try, if you’re not really prepared, if you didn’t work as hard as you could have and you don’t win you have an excuse. Nothing is harder than saying, ‘I gave it my all and it wasn’t good enough’.”

The idea of trying and still failing, of leaving yourself without excuses can be scary.

It haunted and paralyzed Nadja, even to the point that she stopped bringing her violin to her lessons.

One day, after years of patience and understanding, Delay told her that if she didn’t bring her violin to the lesson next week she was throwing her out of her class.

Nadja thought she must be joking. But Delay let her know she wasn’t. She said, “I’m not kidding. If you want to waste your talent, I don’t want to be a part of it. This has gone on long enough.”

Nadja decided that trying, honestly trying, and failing was better than the course she was on.

And so she began truly training with Delay for the first time. She finally gave it her all. At the next competition she won.

She went on to become one of the world's most extraordinary violinists.

This story left me wondering how much of myself I was throwing into the things that matter most to me. It made me think about focus. And it made me wonder how much I was really trying.

Let me break down each of these thoughts.

Nadja knew from a very young age that she wanted to be a violinist. Most of us aren't that lucky.

I have only recently come to know the thing that I felt born to do.

Over the years, while I was struggling to know what that was, I learned that even during the times when my path forward wasn't as clear, I still needed to find the best thing (most meaning and potential) at that point in my life.

So, whether you know your path forward or not, start somewhere.

Just take action. I've found this the key to discovering what I do and don't want to pursue.

I know it’s not a story of focus, but Nadja's story made me realize she was entirely focused on one thing: the violin.

Her complete focus on excelling at one thing is undoubtedly part of the reason she was able to be so successful.

If she was trying to master the violin, computer programming, wood working and gardening she would probably be good at some of them but she never would have reached the levl of accomplishment with the violin, had her attention been divided.

This is something I constantly struggle with.

I have a lot of things I'm excited about and in the past I have often taken on too much to make any single one extraordinarily successful.

I believe there's wisdon in limiting your areas of focus.

A lot has been said about focus. This was simply a reminder to me.

Don't let fear stop you from going all out

More than anything else, this story of Nadja made me think about fear.

Was fear guiding my life?

Am I acting like the scared Nadja that wouldn’t change or try something different for fear that it might fail?

Or am I the Nadja that is going all out to be successful?

How much of myself am I holding back?

I guess the real question I hope reading this brings to your mind:

Are you focused and using all your creativity and effort into becoming the best that you can be and do in one particular area?

That’s a tough question and I have a feeling the answer could change your life.

One Lesson From Losing My Brother